Not Everything is a Blog - Oh, the Irony of this Post

Not Everything is a blog, but everything we learn can become a great story.

Banish Your Clichés They Say

by Sharon J. Wishnow Writing advice is boundless. You could say you can’t swing a dead cat without hitting some on the Internet or with a...

The Nature of My Nature Writing

Nature writing is having an emerging moment for authors concerned about climate change, animals, and humanity's survival

I wanted to end 2019 with a memorable moment. I wanted to see an alligator in the wild. Not in the zoo, more like in a parking lot...

" What's with your book?" Any author on submission understands that this simple question from concerned friends and family is like a...

It's been a few weeks now since I signed with my agent. An experience of joy, validation, hope, and celebration. I wrote a family saga...

10 Tips for the Disorganized Writer

Here is my work surface after an hour at my computer. I say work surface because my office with a beautiful desk is a mess. I work at the... 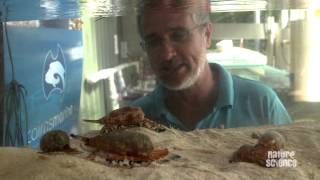 I've completed edits on my novel, The Sea Sheller's Daugther and she's safely in the hands of my agent. Revisiting large sections of the...

It's #PiDay2019. I know, this isn't a "real" holiday but you have to love a social media day that celebrates baked goods and math. For...

I've ranted about autocorrect and spell checkers in the past. My favorite sentence is: No Moore miss steaks. A completely silly sentence...
1
234

Where the Pelicans Roost

A profitable tourist season is predicted for the island until an oil spill threatens Grand Isle and everything Josie loves.

Josie seeks salvation in her new hot sauce, a face-melting, Carolina Reaper chili she’s entering in the Ragin’ Cajun Hot Sauce Competition. The $25K prize would save her food business and her family from bankruptcy.

But as she races to perfect the sauce before the deadline, troubles boil over with her teenaged daughter and her estranged husband. Things can’t seem to get any worse until Hurricane Alex rips into the oil-battered community and wreaks unimaginable havoc.  But as the women in her family have done for decades, Josie draws on her inner strength to fight for what matters most . . . her family and Gumbo whose now covered in the tar that washed ashore.

Fans of PENGUIN BLOOM and Susan Wiggs’ SUGAR AND SALT will find WHERE THE PELICANS ROOST by Sharon Wishnow a triumphant debut about hardship, redemption and love as a small Southern community redefines itself in the wake of man-made and natural disasters.